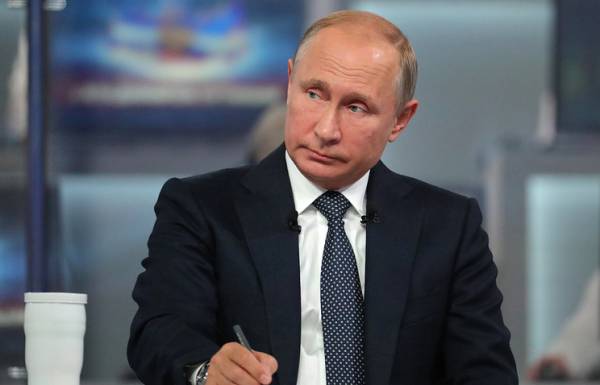 MOSCOW, 7 June. /TASS/. Russian President Vladimir Putin believes that all announced during his address to the Federal Assembly of modern weapons will be promptly manufactured and supplied the Russian army.

“The work goes exactly according to plan in the framework of the planned procedures. I have no doubt about the fact that they [the weapons] as scheduled will be delivered to the Russian army”, – Putin said, answering questions during the “Straight line”.