MOSCOW, 7 Jun — RIA Novosti. Press Secretary of the President of Russia Dmitry Peskov referred to the organizers of the “Direct line with Vladimir Putin” the question of why this year as many leading are only men. 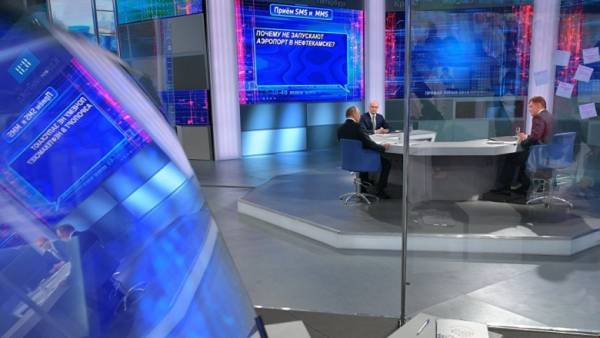 “This selection of channels. I think mainly, the criterion is experience,” said Sands RIA Novosti.

Since 2001, the main leading direct line has always been man and woman. Last year it was Dmitry Borisov and Tatiana Remezova, in 2016 — Eugene Rozhkov and Valeria Korableva. This year in the Studio at the table-horseshoe with a sitting President VGTRK journalist Andrei Kondrashov and presenter of the First channel Cyril Kleymenov. Another innovation of this “straight line” — a new format: in the Studio, no audience.