Merkel urged Europe to be more assertive in “a changing world”

German Chancellor Angela Merkel urged Europe to be more persistent in a changing world and highlighted a number of issues. Among them: the US withdrawal from the Paris agreement on climate, the exit of Washington from the Agreement of a comprehensive plan of action (SVPD) and conflict with the US on trade duties. 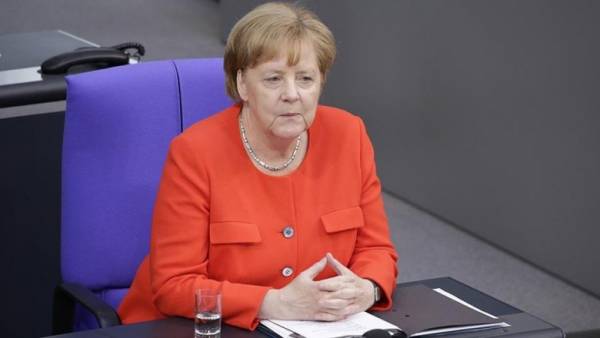 At the meeting of the European people’s party in Munich, she demanded from the EU to form a common position and to speak in the UN security Council with one voice, says REN TV. The Chancellor urged to give special attention to joint actions and issues of migration and security.

On 6 June, speaking in the Bundestag, Merkel said that the dialogue with Russia is crucial for Germany and noted that cooperation between the parties should continue, despite the existing differences.