In Belarus, the number of high-ranking officials detained for bribery

MINSK, 7 Jun — RIA Novosti. A number of officials in Belarus arrested for receiving bribes, said on Thursday the head of the KGB of the Republic Valery Vakulchik. 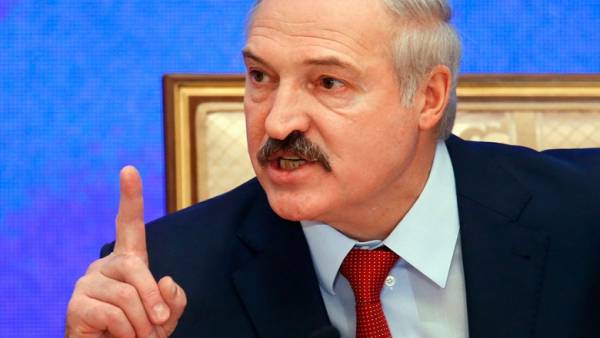 “We are not talking about one officer, not one fact, not one criminal case,” — he stressed. Speaking about the detainees, the Supervisor confirmed that high-ranking officials.

“But it’s maybe not the level, but the scale… large Bribes,” — said the head of the KGB. He did not specify the names of the detainees, promising to provide all the information later.

The fight against corruption

At the end of may KGB detained the assistant to the President inspector for Grodno oblast Executive Rovneiko. The official was caught red handed while demanding and receiving a bribe of two hundred thousand dollars.
After that President of Belarus Alexander Lukashenko has promised to unveil a series of new corruption revelations.

He warned that forgiveness for crimes of corruption in the country, “not anyone”, especially those who “wear heavy straps”. Lukashenko stressed that by appointing people to positions, “always warn them”.

At the end of last year, the President noted that thanks to joint efforts of the relevant services corruption in the country has managed “to curb”, but to complete victory over it is still far away.