VIENNA, 5 June. /TASS/. Russia, as a superpower, bears the greater responsibility in maintaining peace in the hot spots of the planet. This was stated on Tuesday by the Federal Chancellor of Austria Sebastian Kurz at a joint press conference with Russian President Vladimir Putin. 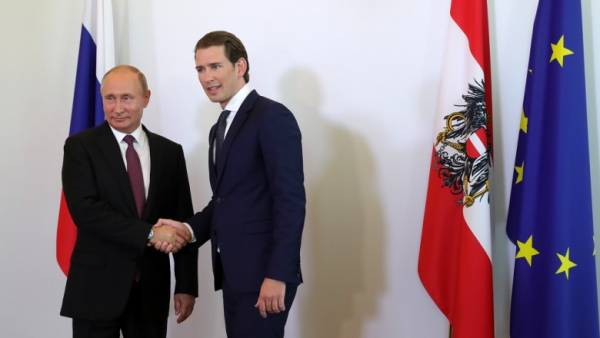 “As a superpower, Russia is not only playing a big role in hot spots, in Syria, in the East of Ukraine and in the other, but it carries significant responsibility, said Kurtz. And we hope and expect that Russia will contribute to that the people there could live as they would like, namely in the world.”