Help the President: what has changed in the lives of Russians after treatment in a “Straight line”

In different years, the problems of people who communicated with the head of state. 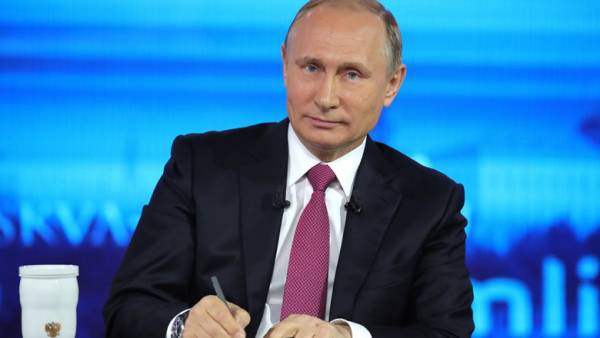 Russian President Vladimir Putin on Thursday, June 7, will answer questions of citizens on their 16th “Straight line”. In past years, the head of state addressed a variety of issues. What and how to change in people’s lives after a conversation with the President at TASS.

2001: as a schoolboy sent in resignation of the mayor

During the first straight line on 24 December 2001 the head of state called fifth-grader of school № 4 of the city of Ust-Kuta of the Irkutsk region Pavel Tsvetkov. He told the President that the classes in his school had stopped, because it is not heated for three weeks.

Vladimir Putin has promised that the Irkutsk Governor “will do everything necessary to promptly restore the vital functions of educational institutions.”

Three days later, the mayor Ust-Kuta Evgenie, Chorneyko resigned, and the school itself was repaired in January of 2002.2002: citizenship for the Hero of the Russian Federation

19 December 2002 Vladimir Putin received a message from Oleg Kozlov — warrant officer of the 201st division deployed in Tajikistan. According to the soldier, in 1994, he received the title of Hero of Russia for participation in the fighting on the Tajik-Afghan border. But despite this, he did not manage to receive Russian citizenship for himself and his family.

The President promised to use their special powers in this sphere and to solve the issue of ensign during the week. Putin signed a decree granting citizenship to Oleg Kozlov, his wife and children, Vlad and Anastasia on 25 December of the same year.

A resident of the farm Degtyaryovsky kochubeevsky district, Stavropol territory Lyudmila Karachentseva complained to the President in the absence of the village water supply on 18 December 2003. Vladimir Putin has promised to understand and help, but this problem is not resolved quickly. The following straight line on 27 September 2005 head of state himself returned to this issue and quoted “Komsomolskaya Pravda”, which reported that the water in the farm and did not disappoint.

The President said that he will not make the candidacy of the Governor of Stavropol territory Alexander Chernogorova approval of the legislative Assembly until water will not fail. Special technique appeared in farm Dehtiarivska the next day, and the water held in the shortest possible time.

Ivanovo cardiologist Ivan Khrenov long became the hero of publications in the media once told Vladimir Putin about the “solid show”, which allegedly was organized during his visit.

Putin as Prime Minister visited a local hospital and the doctor Fucking said that on this occasion there brought dismantled from other medical institutions of the equipment and in the chambers instead of patients were disguised as doctors. The nurses allegedly had to tell about the salary two times higher than the actual.