German politicians are demanding the expulsion of the U.S. Ambassador from Germany

The former head of the SPD, Martin Schulz believes that Richard Grenell acts as the representative of the right-wing political forces. 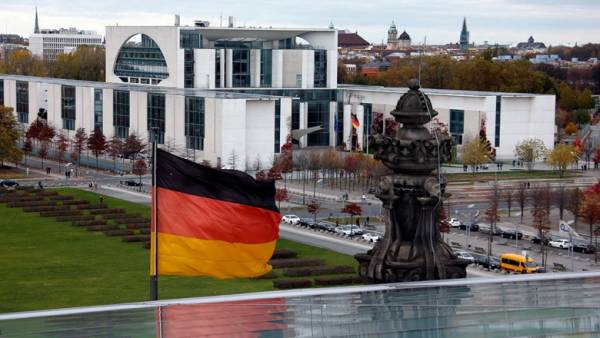 TASS, 5 Jun. A number of German politicians have demanded to expel the U.S. Ambassador, Richard Grenell in connection with his statements about the strengthening of the position of the conservatives in Europe. About it reports on Tuesday, the Agency DPA.

“What makes this man, is unprecedented in international diplomacy,” said the former head of the SPD, Martin Schulz. In his opinion, instead of maintain a neutral position in the host country, Grenell acts as the representative of the right-wing political forces.

I hope that Mr. Grenell as Ambassador will be short.Martin Sultex head of the SPD

This position is shared by the head of the parliamentary faction of the German Left party Sahra wagenknecht. “Those who, like US Ambassador Richard Grenell, think you could lordly to establish who rules in Europe, must not remain in Germany as a diplomat,” she said.

Foreign Minister of Germany Heiko Maas announced the upcoming meeting with Grenelle, which is expected to be raised about the statements of the diplomat.

Grenell in an interview with Breitbart had previously said that the victory of Donald trump in the presidential election in the United States in 2016 turned out in Europe strengthening of positions of conservative parties, which must continue to “inspire”. In Germany it was criticized for such statements, and accused, in particular, failure to comply with political neutrality. Grenell took the post of U.S. Ambassador to Germany in may.