Putin stressed the importance of neutrality of Ukraine to Russia

MOSCOW, 4 Jul — RIA Novosti. Russian President Vladimir Putin said that the neutral status of Ukraine not to join NATO are important factors, but the decision should be taken by the Ukrainian people. 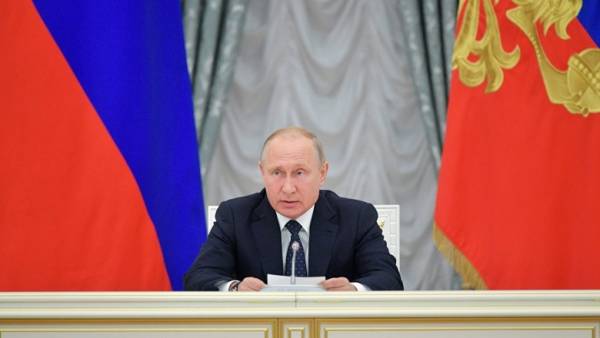 “It (the neutral status and the refusal of NATO membership) questions that should guide the Ukrainian people and the Ukrainian leadership. For us, for Russia, it is important from the point of view that in Ukraine there are some military targets that would threaten our security. For example, the new missile defence that would have tried to stop our nuclear capability. Yes, it is important for us, I’m not. But in the end it is the choice of the Ukrainian people and the legitimate elected government,” said the President in an interview with the Austrian TV channel ORF, answering the question, will decided the “Ukrainian problem” by declaring the country neutral status.

But the President added that “this is one of the problems, but not the only one”.

He noted limitations in the use of native languages for national minorities in Ukraine and the adoption of the language law in Ukraine, which was criticized in Europe, which is also “to a large extent this complicates the situation in Ukraine.”

“And today, in my opinion, this is one of the issues which is most acute in the Ukraine. But it is, of course, the Ukraine”, — said the President.