Putin on Bulk: we don’t want we slipped another Saakashvili

MOSCOW, 4 Jul — RIA Novosti. Russian President Vladimir Putin, speaking about Alexei Navalny, said that the country needs people with a positive agenda, and noted that on the political stage, Russia does not need policies akin to former President of Georgia Mikhail Saakashvili. 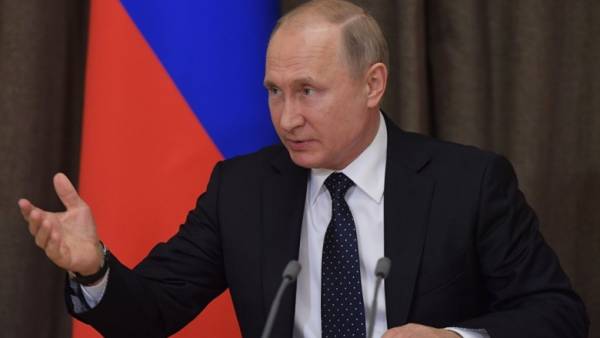 Putin stressed that “Russia, we need people with a positive agenda, who know not just represent problems, which we have enough.” He noted that there are problems everywhere, in any country.

“You can catch the problem and begin to spin or to position themselves on the suggested solutions to this issue. But if there is not a single positive start and suggestions on how to solve this or another problem, how to solve one or another issue, then it is not really react,” he said.

“Believe me, a voter in Russia is already quite Mature, he looks not just attractive slogans, but to offer ways of solving problems. But if nothing is offered, then these people are uninteresting”, — said the President of the Russian Federation.

He said that the government has initiated a dialogue with the opposition, or force, they should have public weight.

“If a person gains some weight to the voter, then he becomes a figure with which to communicate, negotiate or conduct a dialogue state power. And if the other political forces, the level of trust is measured 1, 2, 3 percent or hundredths of a percent, then what we say then? Then, please, here’s Saakashvili. Why do we need these clowns?” — said Putin.