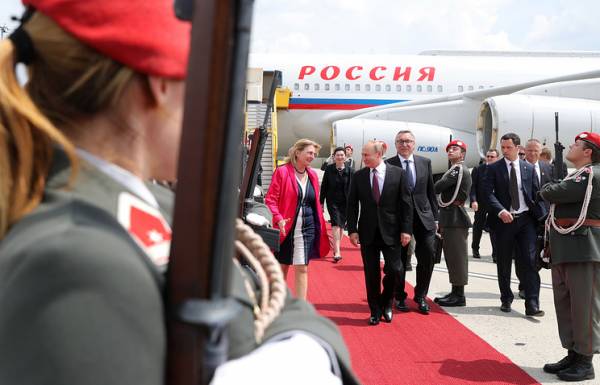 VIENNA, 5 June. /TASS/. Russian President Vladimir Putin on Tuesday arrived on a working visit to Vienna, dedicated to the 50th anniversary of the exports of domestic gas to Austria. This is the first foreign visit of Putin after his inauguration on may 7 in the position in the current presidential term.

As reported a press-service of the Kremlin, during the visit of the Russian leader planned “to discuss the state and prospects of Russian-Austrian relations in various fields and to exchange views on key issues on the international agenda.”