MOSCOW, 5 Jan — RIA Novosti. A member of the Duma Committee on physical culture, sport, tourism and youth Affairs Dmitry Svishchev (LDPR) proposed to reduce the working day Russian civil servants in days of matches of the Russian team at the world Cup. 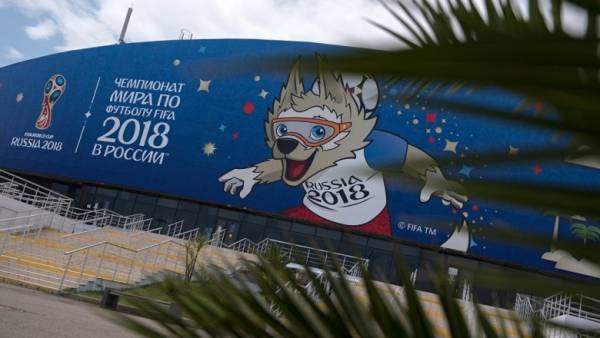 “The matches of our national team with Saudi Arabia and Uruguay will be held in 18 and 17 o’clock Moscow time, with Egypt in 21 hours. I think servants of the European part of Russia is possible and even necessary to release the first two games of work early at least two hours so they could get home and prepare for them”, — quotes the words Svishchev his press service.

The MP added that given the time zones in the main matches for the fans of the Russian team will be on the night. According to him, employers “could take care of the health of subordinates, for example, to allow such days to come to work late.”

As the Deputy noted, at the Federal level, such a proposal is unlikely to support, but “individual leaders would think about it”.

The world Cup is a great event not only sports, but also political. And the first time he performed in Russia, where hundreds of millions of people anyway I love this game. Contact the state Duma Committee on labor to study the issue to make the output the days when SB plays Russia

Offer fistula was supported by the Vice-speaker of the state Duma from LPDR Igor Lebedev.

Maybe we will make an appeal to the state Duma Committee on labour and social policy (since the Labour code, weekends and holidays are the responsibility of this Committee) with a request that the Committee acted with such an initiative or is somehow put this question.Igor Leedewyze-speaker of the state Duma from LPDR

The world Cup will be held in Russia from 14 June to 15 July 2018 matches will be held in 11 Russian cities: Moscow, Saint-Petersburg, Volgograd, Yekaterinburg, Kazan, Kaliningrad, Nizhny Novgorod, Rostov-on-don, Samara, Saransk and Sochi.

Team Russia will play in group A, where its rivals will be teams of Saudi Arabia (the match will take place on June 14 in Moscow), Egypt (19 June in Saint-Petersburg) and Uruguay (June 25 in Samara).