Germany apologized to the gay

The President of Germany Frank-Walter Steinmeier has apologized for the persecution of homosexuals, to which they were subjected as in the 1930-ies, in the following decades. About this reports Deutsche Welle. 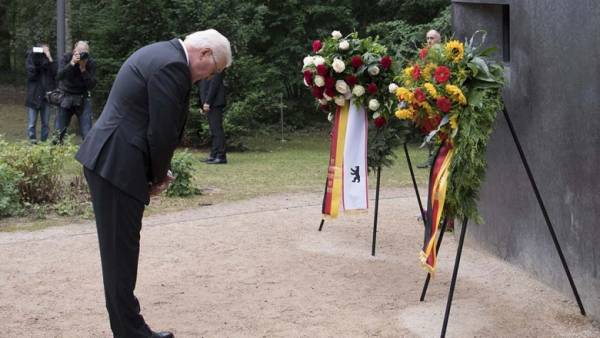 On 3 June in Berlin hosted the official ceremony on the occasion of the 10th anniversary of the opening of the monument to the homosexuals who were persecuted under national socialism. The politician said that he apologizes to representatives of sexual minorities “for all the suffering and injustice and ensuing long silence.”

Steinmeier said that during the time of national socialism private life, love and the dignity of tens of thousands of homosexuals “in the most derogatory manner was subjected to encroachment, denial, and assault.” “They were tortured and sent to labor prisons and concentration camps ( … ), Tens of thousands of these men died,” he explained.

He also added that after the time of the Third Reich in East and West Germany — representatives of sexual minorities “were arrested, condemned and put behind bars.” This happened on the basis of the 175 articles, equate sexual orientation to the crime.

Currently, the rights of the LGBT community “are under the protection of the state,” said Steinmeier. However, according to him, in the fight against homophobia “still must do some work”.