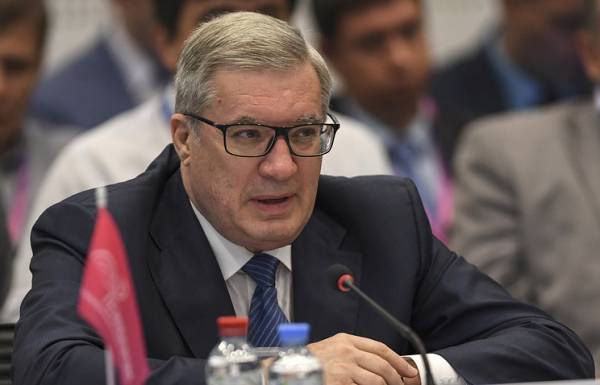 A former Governor of the Krasnoyarsk territory Viktor Tolokonsky

NOVOSIBIRSK, June 4. /TASS/. The former Governor of Krasnoyarsk Krai Viktor Tolokonsky resigned from the post of chief adviser to the mayor of Novosibirsk Anatoly Elbow, which he took in November 2017, after the resignation from the post of Governor. Information on Monday confirmed to TASS the press Secretary of the mayor of the city of Artem Rogowski.