Five kilograms of sanctions. What you can bring from home and not break the law

MOSCOW, 4 Jul — RIA Novosti. Drugs, guns, and ammunition cannot be exported from other countries or imported into Russia. It is not in doubt, but to get to a huge fine or even put behind bars, taking with him from vacation, a seemingly harmless souvenir — a statuette of Buddha, shell beach, palm seeds. 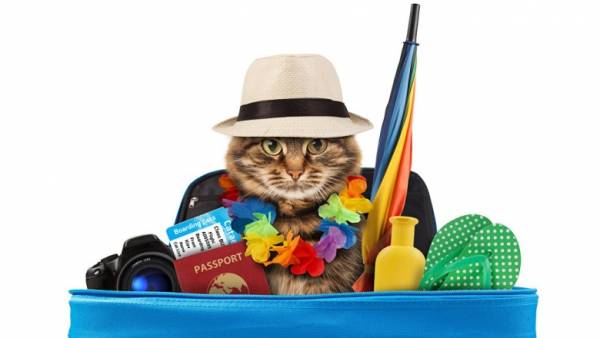 About how to bring from the trip, only good memories and legal Souvenirs — in the material RIA Novosti.

To Russia without payment of duties can bring up to 50 pounds of any purchases worth up to ten thousand euros (airplane) and up to 1,500 euros (train or car). Including up to three liters of alcoholic beverage and 200 cigarettes.

Exciting many tourists the question — is it allowed to bring so-called sanctions products: cheese, ham, sausage.

“Is permitted only for personal consumption and not exceeding five pounds for each passenger, including children, — says Director of recreation OneTwoTrip Alexey Kiryanov. And there is a caveat: all products must be in their original packaging”.

That is purchased at the farmers market cheeses and snacks, wrapped in paper, customs can away.Checks — save in front not to take

“Each country has its own features and limitations, continues Kiryanov. — In General, you have to be careful if you are going to carry alcohol, tobacco, Antiques and cultural values”.

From many countries you can not take plants and animals as well as stuffed skins.

It is necessary to keep receipts from stores, it often helps at customs.

The most important advice — never take from strangers things they are asked to move to pass someone. Irina Dorincourt specializing in travel industry

However, some laws can be an unpleasant surprise for travelers. Service OneTwoTrip even made a special list in different countries.

In jail for pebble

One of the most popular tourist destinations among Russians — Turkey. Many were there problems at the border, as a rule, does not arise. But not so simple: there is a limit on the total value of exported Souvenirs — thousand dollars.

The ban on the export of Antiques and archaeological artifacts does not only apply to purchased from masters or in an antique shop things, but was found on the beach.

“In the summer of 2015 resident of Kaliningrad Sergey took on the sea shore favourite stone as a souvenir, — says Alexey Kiryanov. — At the airport, the customs officers drew attention to the discovery and sent it to the Museum for urgent examination. Verdict — a thing, perhaps, is of historical value”.

Sanctions from four to six years of imprisonment. Sergei eventually received half a year probation, paid a fine of 22 thousand rubles and flew home.

Even from Turkey you can not take corals, shells, cigars and tobacco (excluding hookah).

From Egypt , too, it is forbidden to export shells, corals (if they bought in the shop, you need to keep a check), Antiques and gold for the sum more than three thousand dollars.

In Tunisia, in addition to historical items and Antiques, fall under the ban of palm tree and its products, henna.