MOSCOW, 4 Jul — RIA Novosti. The giant 13-ton stone hat, painted red, appeared on the heads of the statues on Easter island due about the same platform system and a sling, which the Europeans used to raise sunken ships, say scientists in an article published in the Journal of Archaeological Science. 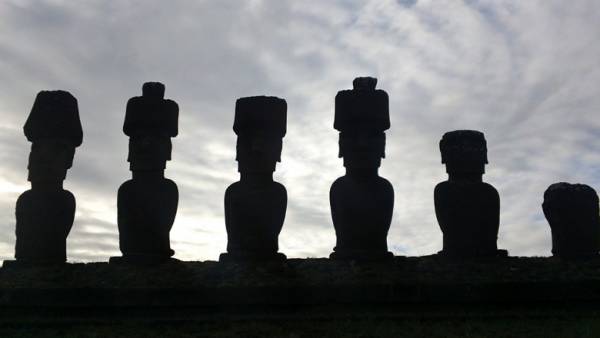 “We were the first to systematically use all possible hints and evidence on how these giant hats could be in the head even more heavy statues. All this is made possible by combining the methods of archeology, physics and computer modeling,” said Carl Lipo (Carl Lipo), an anthropologist from the University Binghamton (USA).

Easter island is one of the most mysterious places on Earth, where about two thousand years ago there was a bizarre civilization of the Polynesians, who left behind numerous traces in the form of giant statues-moai, which, as scientists believe today, represent the deified figures of the ancestors and relatives of the ancient inhabitants of the island.

This civilization had virtually disappeared from the face of Easter island before the arrival of man, the causes of which are considered to be two things — resource depletion as a result of predatory destruction of forests and animals the Polynesians, and the consequent war between different tribes of natives.

Complete disappearance of the moai culture and her native language does not allow archaeologists to solve one of the most interesting mysteries of this island — both in the minds of some of the idols, untouched by vandals and time, was a giant stone hats, the so-called Puka, whose weight is often up to a dozen tons?

This mystery further complicated by the fact that the idols and their “hats” made of different volcanic rocks. Their deposits are in fact located on the opposite ends of the island, remote from each other and from the coast, where there are existing moai, for tens of kilometers. Therefore, the delivery of materials to the construction site of graven images, and their connection was very challenging.