The poster NATO hit a soldier with a Kalashnikov

Twitter account of the Polish battalion battle groups, NATO has published a poster, which depicts soldiers of the armies of five countries — Croatia, the UK, Poland, USA and Romania. 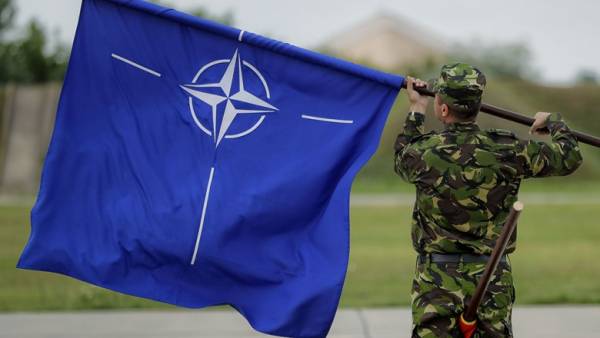 The poster appeared on the eve of major exercises of NATO Saber Strike in 2018, which started on 3 June in Latvia.

As highlighted Telegram channel 338, a Romanian soldier armed with a gun resembling an AK. Apparently, this is PM md. 90 (or PA md. 86) one of the variants of the Romanian licensed copy of the AKM, characterized by folding right butt.

“We — NATO. One mission… One team…”, — reads the inscription on the poster.

According to Delfi, in the maneuvers on the territory of Latvia will take part more than three thousand troops from several countries, including the US and the UK. The training will cover the territory of Lithuania, Estonia and Poland. Only in 2018 Saber Strike will involve around 18 thousand soldiers from 19 countries.