Media: the US is building new military base on the border of Iraq and Syria

TASS, 3 June. United States building new military base in the Iraqi district of Sinjar near the border with Syria. This was reported in the Sunday news portal Sot Al Iraq, citing local sources. 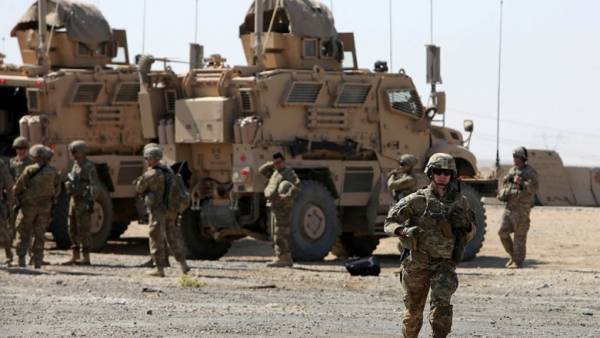 According to him, stationed in Sinjar, the us military will control the Iraq-Syrian border. On Friday, the mountainous region in the North-West of Iraq there arrived the military personnel of the U.S. armed forces by 15 armored vehicles, the source said.

Official comment from Baghdad and Washington has not yet followed.

The United States withdrew its forces from Iraq in December 2011 and returned to the country in August 2014 after capturing vast territories of the country by terrorist group “Islamic state” (IG, is prohibited in Russia). Iraqi Prime Minister Haidar al-Abadi has declared victory over the group in December 2017. The operation to destroy the terrorists was carried out with the support of the US-led coalition. In early February, the Iraqi Prime Minister said that Baghdad has adopted a plan to reduce gradually the presence of the Alliance.

According to Iraqi media, currently in Iraq, located about 5.5 thousand American troops, including on the border with Syria territory on the North and West of the Republic. Iraqi MPs in March demanded the government to set a timetable for the withdrawal of foreign troops from the country. The Cabinet of Ministers has still not responded to the request of parliamentarians.

Sinjar was captured by ISIS in August 2014, by the end of 2015, the region managed to release.