The U.S. position in international trade led to a tense situation in the world trade organization (WTO), “which is not visible.” This was stated by the Minister of economic development of Russia Maxim Oreshkin. 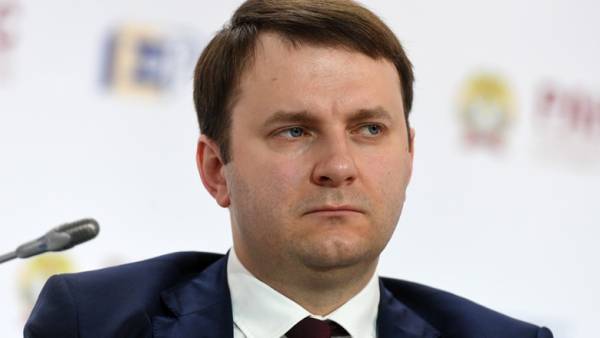 The Russian Minister recalled that the last discussion in the WTO was against the introduction of U.S. tariffs on aluminum and steel from the European Union, Canada and Mexico. “Coming, just a few days, negotiations will begin between the US and China, and again from the USA was made very hard statements against China”, — quotes Mr. TASS. “So the atmosphere here is so negative, alarming, bearing a very large risks for the global economic dynamics over the coming quarters and years,” he added.

According to Oreshkin, all countries were in favor of strict adherence to the principles of the WTO. “The Americans tried to get a little conversation away,” said the Russian Minister. He added that seven members of the appeal Commission were only three, because the US is not allowed to appoint a new one. Mr Oreshkin warned that in the absence of new appointments in the following year, this mechanism will stop working. So Russia offered to provide options for the resolution of disputes without regard to the position of the United States.