The vampires around: what animals feed on blood

MOSCOW, 1 Jul — RIA Novosti, Alfia Enikeeva. In nature many animals, sucking the blood attach themselves to mammals mosquitoes and butterflies, some species of fish and birds prefer their own kind. Among warm-blooded vampirism seen only in bats. RIA Novosti talks about these blood-drinkers and understands whether there are such among the people. 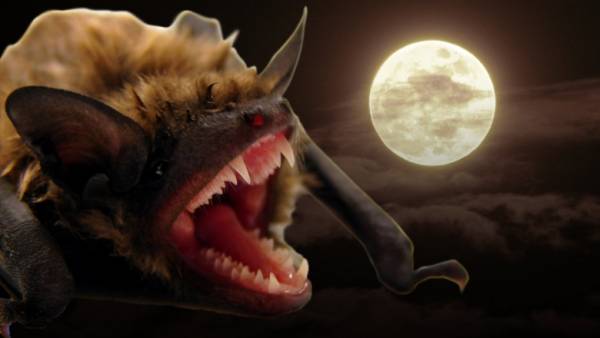 All for the sake of posterity

For female mosquitoes (Culicidae) human blood is a favorite delicacy and source of protein necessary for maturation of oocytes. The more blood you drink the female, the more numerous and healthier her offspring.

The female lays every two to three days three hundred eggs. “Construction material” should be a lot, so komariha constantly looking for prey. She can smell it for a few miles — the smell of lactic acid contained in sweat, exhaled carbon dioxide and thermal radiation of the body.

Before stick, the female moistens the site of the bite with saliva, his pain and does not allow blood clotting. It subsequently saliva causes irritation and itching, with her man transferred to serious infectious diseases — malaria, yellow fever, zika virus.Bloodsuckers inevitably

Siberian night moths (Calyptra thalictri), living in Siberia and the far East, also mostly vegetarians. Their diet is dominated by the juices of berries and fruits: raspberries, peaches, grapes. But some individuals may suddenly change the diet and go to the blood of mammals, including humans.

Scientists suggest that the reason for the underdevelopment of sensil small sensitive appendages on the antennae of insects, responsible for the sense of smell. Moths hardly distinguish the smells of animals, so motionless human finger they “taste”. And once the drinking of the blood, no longer able to refuse, because it is much more nutritious than fruit juice.

Small transparent catfish Candiru (Vandellia cirrhosa) lives in the rivers of the Amazon and eats only the blood of larger fish, swim to them in the gills and biting through the blood vessels. For a moment he satisfies hunger and swims in search of new victims, which calculates the smell of ammonia released from the gills during breathing.

This fact has turned harmless for a human ectoparasite in “Brazilian vampire”, who is very afraid of the locals.

Among the Indians of the tenacious myth that Candiru sensitive to ammonia in water, able to penetrate the vagina, anus, urethra, where you can only get him surgically. However, no reliable evidence it is not.

In search of water