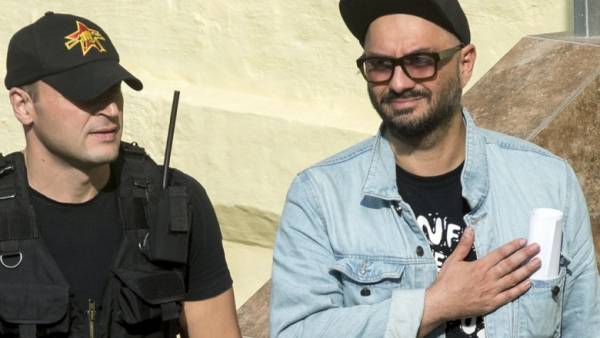 According to him, the operational activities were conducted on the basis of the law enforcement bodies of primary materials that showed violations in the financial activities of the “Seventh Studio”.

The source Agency did not say when it was organized the wire and what part of the thus obtained materials formed in the evidence base of the criminal investigation.

According to the materials at the disposal of “Interfax”, the operational support business, “the Seventh Studio” provides the authority for the protection of the constitutional system (UOS) 2nd service of the FSB.

Lawyers for the defendants in the case, “the Seventh Studio” does not comment on the progress and content of the case file due to a subscription about nondisclosure of the data of the preliminary investigation. However, the presence in the materials of the investigation, wiretaps mentioned Serebrennikov’s lawyer Dmitry Kharitonov in court on may 30, when it had considered the petition of the investigation on restriction of terms of acquaintance with criminal case of the Director and his defense.

“Interfax” has no official information about this.

Defendants in the case, “the Seventh Studio” is charged with the theft of 133 million rubles from the budget allocated to the organization from 2011-2014 for the project “Platform”. Pieces of silver is under house arrest from 23 August last year.

Currently, investigative actions on the case are completed. The accused and their lawyers get acquainted with investigation materials.