The Egyptian pyramids are forcing tourists to suffer

MOSCOW, 1 Jul — RIA Novosti. Travel companies and tour guides in Egypt complain of “discomfort and suffering” experienced by most tourists in the Pyramids area in Giza, according to ATOR. 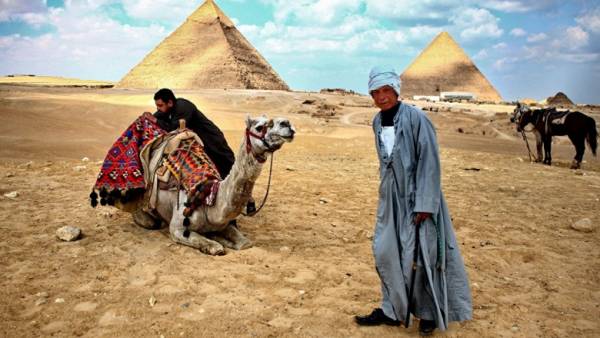 As the head of the Federation of chambers of tourism of Egypt, which brings together leading travel companies, Nora Ali, the majority of claims related to harassment by local traders who, despite severe penalties, continue their fishery at the inaction of the local police.

Street “entrepreneurs” pursue guests for their route to the pyramids, making it difficult to take photos or simply enjoy the contemplation of the monument.
According to Egyptian tour guides, often, to get rid of the obsessive sentences, tourists are forced to make unnecessary purchases.

In addition, the area around the pyramids is not conducive to positive emotions of tourists: there are no toilets or other facilities where guests could, for example, to relax in the shade.

Visitors are forced to go on the Giza plateau, looking at the ground, not to get dirty in the excrement of camels or horses lease, or not to stumble, since organized tracks on there.

The Federation believes that this situation “unworthy” of Egypt as a tourist destination and as the largest archaeological area in the world.

The Ministry of Antiquities at the request of the Federation noted that the solution is in the integrated development plan of the district of the pyramids, the implementation of which is closer to the opening of the Grand Egyptian Museum, scheduled for the end of 2018.

In the framework of this project on the territory of plateau can be arranged gravel paths, tourists will be carried on a plateau on the electric cars. Appears cafe, infopunkt and even a hotel overlooking the pyramids. All merchants and animal promise not to allow on the updated territory.