Senators are not against the expansion of presidential powers in terms of sanctions. 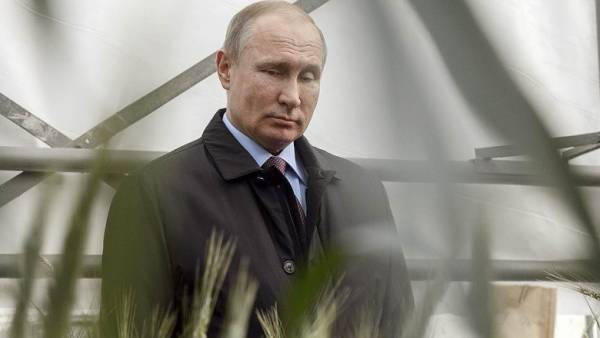 The Federation Council (FC) approved a law significantly expands the powers of the President of Russia. Vladimir Putin will be able to regulate the activities of economic entities in the conditions of Western sanctions. This provision appeared for the second reading in the state Duma, after the adjustment of the concept of the bill.

The initiative was submitted by the White house “in connection with the adoption of the law “on the Commissioner for the rights of consumers of financial services”” in may 2014, but four years later, on Okhotny Ryad significantly changed the text of the bill at its second reading. The document was adopted by the state Duma on may 24 and discussed in SF on Wednesday.

The approved law now allows the President “in exceptional cases” install “features of creation, reorganization, liquidation and legal status of” economic societies “in some areas”.

In particular, this provision will affect the “duties, storage, disclosure or provision of information about their activities, transactions, including their notarization and registration, features of legal status of issuers and professional participants of the securities market, as well as characteristics of accounting information on securities”. Experts noted that this is reminiscent of the establishment of a “specified right” in individual industries. The new rules allow Vladimir Putin to suspend certain provisions of the Civil code, Federal law “On securities market” and some others, believe the lawyers. In addition, the bill allows the President to make decisions in the field of military-technical cooperation (MTC) with foreign States independently, without taking into account individual requirements of the law on military-technical cooperation.

For the approval of the initiative voted 142 Senator, against — one. The Deputy Chairman of the Federation Council Committee on budget and financial markets Nikolay Zhuravlev, dokladyvaet on the bill, explained “Kommersant” that can mean “exceptional cases” in the text of the document. “We are talking about extraordinary situations, outside the ordinary procedures. To include them all in the text cannot, therefore, have been used more General wording,” the Senator said. The amendments extend the powers of Vladimir Putin, “aimed at increasing the efficiency of entry into force of the decisions of the President due to the simplification of formal procedures,” he added.