The Central Aerohydrodynamic research Institute (TSAGI) named after N. Ye spent purge model dvuhfyuzelyazhny of the aircraft. This machine will be developed in our country up to 2025. It is planned that it will be able to raise tens of tons, to transport bulk cargo, including space applications. About events reports received press release, TSAGI. 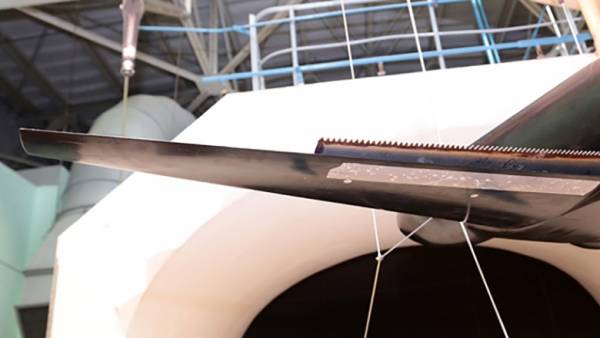 Dvuhfyuzelyazhny prospective medium transport aircraft, aerodynamic design which was tested in TSAGI during the last test, rarely used today, but very promising scheme for an aircraft. Unlike other machines it can take on Board very large oversized cargo, their loading and unloading is through the hinged ramp. This will significantly speed up the process and reduces simple cargo plane at the airport. Besides, a number of goods in the ordinary odnofaznye planes just don’t fit.

Moreover, new promising dvuhfasadnye is provided for fastening of the cargo on the external load on the suspension. In this embodiment, placement of the load he can carry even large components of spacecraft, including several meters in diameter. By rail to transport stage having a diameter of more than three or four meters, it is quite difficult, so, for example, the diameter of the universal rocket module “Angara” is limited by this factor. The plane, able to carry bulky items, can potentially remove such restrictions. It would be extremely helpful for our space industry — stage large diameter is much more effective. That “Hangar” is assembled from smaller components, significantly raises its value on the background of the Falcon 9.

As held in TSAGI blowdown worked out an important point — the choice of the type of mechanization of the wing. So called devices on the wing of an aircraft to determine its bearing properties. During takeoff and landing mechanization “bristling”, increasing the carrying capacity of the wing, and at the same time, the aerodynamic resistance. In flight, mechanization is removed.

On a brand new model of freighter used runway mechanization of the wing in the form of flaps with a sliding axle. Were considered two variants of shields — straight and serrated trailing edge. Straight edge is better known, because more ancient use, however, a number of calculations showed that the sawtooth edge is much better.

The experiments were conducted at low subsonic wind tunnel of TSAGI in takeoff and landing when the air velocity to 50 meters per second (180 kilometers per hour). Scientists have identified a beneficial effect of using flaps serrated trailing edge. So, with equal wing with conventional flaps to the lifting force, the wing with the “saw” had significantly less aerodynamic drag at takeoff and landing. It is this resistance largely limits the takeoff weight of the aircraft and its payload. Reducing the resistance, the unit will be able to take more of the load.