I couldn’t resist. NASA astronaut ordered a pizza from space

MOSCOW, may 31 — RIA Novosti. NASA astronaut Michael Massimino admitted that he once ordered a pizza home directly from the space Shuttle. He told about it during a screening of the documentary series “One Strange Rock,” writes the portal Space.com. 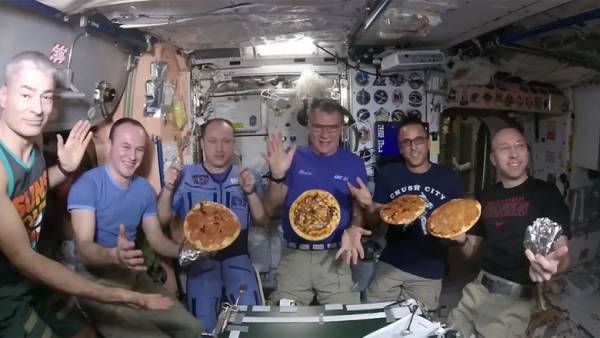 At the presentation of the latest series of the astronauts Peggy Whitson and Michael Massimino shared his impressions from a long-term stay in space. They said that during the flights long for a familiar for all household things, including “regular” food.

According to Massimino, one day he so longed for pizza and I called the delivery service directly from the Shuttle. He said that during the call returned to Earth, and so ordered a pizza at their home address.

The astronauts also spoke about how they feel while in space. “You look at the Earth and see how brittle it is, so its atmosphere is thin,” said Whitson.

“One Strange Rock” (“the Unknown Earth” — Approx.ed) — a documentary film by Darren Aronofsky. It consists of ten episodes of 50 minutes and is devoted to the study of space and unique natural phenomena.