Producer Harvey Weinstein will be tried on charges of rape and criminal sexual act. This decision was made by the Grand jury in new York. 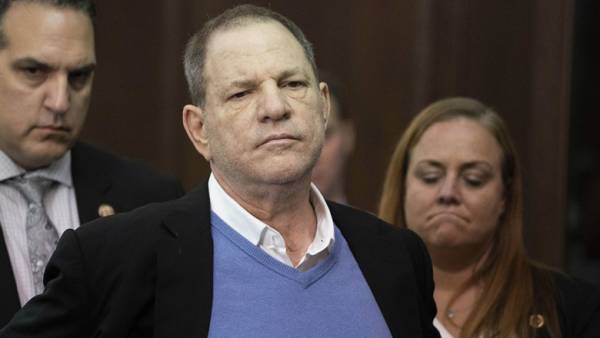 “The Grand jury voted to indict Harvey Weinstein charges of rape in the first and third degrees and sexual offense in the first degree”, — TASS quoted the district attorney of new York Manhattan Cyrus Vance.

He added that this decision brings the punishment of the producer for their actions, because “the case will be tried not in front of the press,” and in front of a jury, as it should be.

May 25 Weinstein, is accused of raping two women, was released on bail of $1 million from the courthouse in new York. In addition to bail, the man was obliged to wear an electronic bracelet and not to leave limits of the state of new York and neighboring Connecticut.

Harassment scandal, which implicated Weinstein, erupted in the fall of 2017, after the publication of The New York Times. The victims talked about the incident with the producer on condition of anonymity, but later said about the incident publicly. Sam Harvey Weinstein denied all charges. Among the victims from harassment film producer — about 800 women, including Angelina Jolie, Salma Hayek, Uma Thurman, cate Blanchett, Ashley Judd and others.