Of the cash seized from ex-Governor of the Sakhalin region Alexander Khoroshavin, who received bribes 13 years in prison and a fine of 500 million rubles, did not reach the forfeiture to the state. About this newspaper “Kommersant”, citing a source in law enforcement bodies. 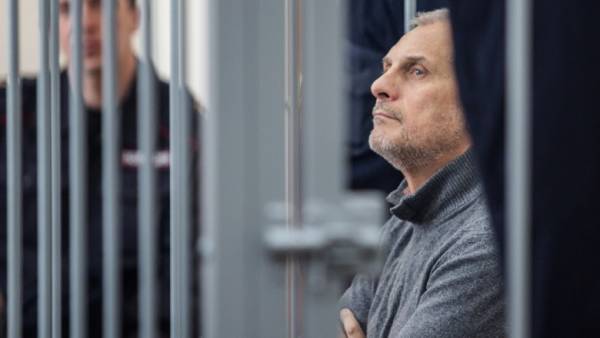 The newspaper reminds that he found a RUB 280 million, $6 million, €727 thousand 388 thousand Swiss francs and £217 million, However, was conducted into the missing funds investigation or not known, the newspaper said. The publication also does not specify what kind of amount involved.

Earlier it became known that the Investigative Committee of Russia (TFR) has started preliminary examination on the fact of theft of money seized from Colonel Guebipk Dmitry Zakharchenko. Only, by the decision of Nikulinskiy district court, satisfied the claim of the Prosecutor General, the Federal Treasury had to RUB 374 million, $140 million and €2 million, seized from the defendant. However, after the start of enforcement proceedings it became clear that missing confiscated in rubles and foreign currency for the sum about 120 million roubles.

In the theft, according to the newspaper, suspected the bankers, the police and the investigators themselves.

“The investigators check involved in the transport of money of the organization and agencies for establishment of all circumstances of the disappearance of 3 million euros (more than RUB 200 million) of the money that was previously seized from Zakharchenko,” — said the source “Interfax”.

The court granted the petition of the Prosecutor General solicitation in the state income of property of relatives and friends Zakharchenko at the beginning of December 2017 foreclosed property estimated at about 9 billion. we are Talking, including about 27 properties in the elite Metropolitan areas, four expensive cars registered to relatives and acquaintances of the Colonel. The Colonel was arrested in September 2016, He is accused of receiving a bribe of 7 million rubles.