The first inhabitants of Mars will have to abandon children and sex, say scientists

MOSCOW, may 30 — RIA Novosti. Any plans to colonize Mars in the near future will require the colonists to two distinct victims — the complete rejection of procreation and any sexual relations, if it is necessary for the survival of their team, according to an article published in the journal Futures. 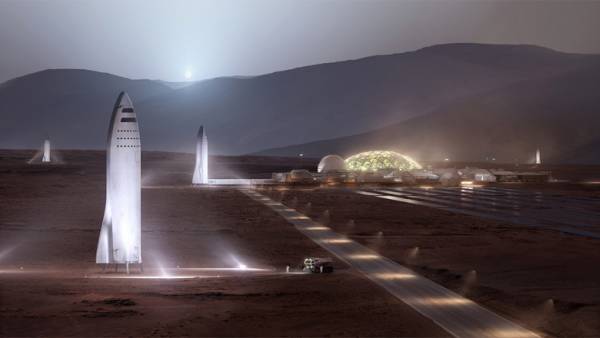 “Of course, the existence of Autonomous colonies on Mars would be impossible without the possibility of procreation. On the other hand, an attempt to implement this action will lead to mass almost insoluble problem,” write Rafael Marquez (Rafael Marques) of the National laboratory of Biosciences in Campinas (Brazil) and his colleagues.

In search of a new homeland

In September of 2016, Elon Musk, CEO of SpaceX, told the world about his ambitious plans for the colonization of Mars, in which he plans to create super-heavy rocket, and an entire fleet of thousands of reusable interplanetary ships that will be delivered to the end of the century on Mars about a million people.

The main goal of this entire process, the definition of the Mask is to create an independent Earth and the Autonomous city-“millionth” on Mars, which will provide for himself the necessities of life and will be a full society, not inferior to the community of people on Earth.

Marquez and his colleagues wondered how this is possible in the current situation, taking into account not only the possible technological barriers to the colonization of Mars, but the biological consequences of life on another planet.

For example, high levels of radiation is one of the main obstacles to manned missions to Mars. Five years ago, data from the RAD instrument on Board the Curiosity Rover collected during the flight to the red planet, revealed that while travelling a person can get a dose of radiation comparable to fatal. It was later revealed that the exposure of the surface of Mars was almost the same as in space.