Revealed the secret to a perfect eyebrow Meghan Markle 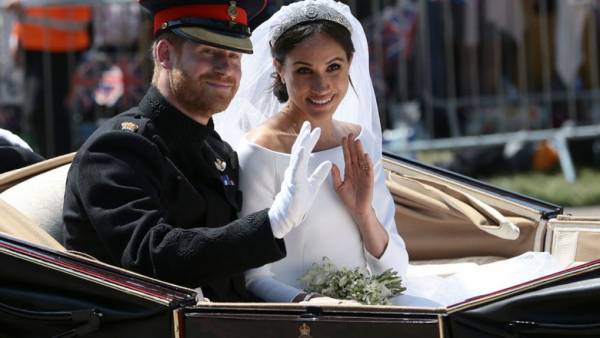 According to Riley, first and foremost, eyebrows must not be symmetrical. “Perfectly normal, if one eyebrow is higher than the other. They should not be the same. They are not sisters and not twins. You will never meet a person with perfectly symmetrical eyebrows. Instead, I try to leave customers eyebrows as thick as possible, and the form — as natural as possible”, — she told.

Favorite shape of the eyebrows Markle — as the actress Audrey Hepburn. “Inspired by Audrey, I try to make the bend more straight than round. The ends of the eyebrow should be raised, but not in the form of a jackdaw, and seamlessly. The high arch makes the face of evil,” said the beautician.

Riley added that excessive plucking of hair can damage the follicles and stop the growth of eyebrows forever.

Earlier in may, the personal stylist of the bride of Prince Harry Nicola Davies said that Meghan Markle takes into account the law of the Golden section when choosing outfits. “Megan uses the rule of thirds to achieve eye-pleasing image and show your figure in the most favorable light. In the end, Coco Chanel once said “Fashion is architecture. It all depends on the proportions”,” explained Davis.