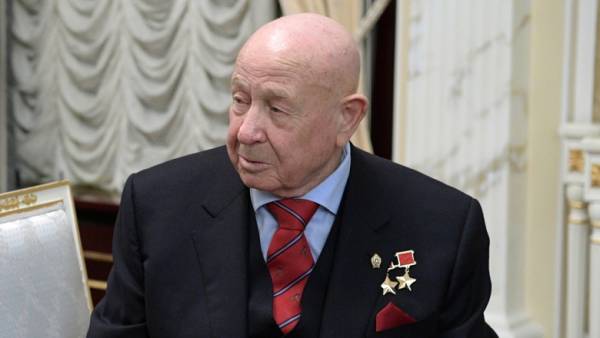 “In our country and far beyond its borders you are known and respected as a worthy representative of the legendary Soviet cosmonaut, a brilliant professional, persistent and courageous man, who first stepped into the open space,” reads the telegram of the President, published on the Kremlin website.

Putin noted the significant contribution of Leonov in the development of Russian cosmonautics, and promotion of outstanding achievements. He also stressed that the astronaut as “really talented, extraordinary person,” has clearly proven itself in the field of society and in creativity.

The President wished the astronaut health, prosperity and all the best.