Experts have made a rating of the success of the children of senior officials. 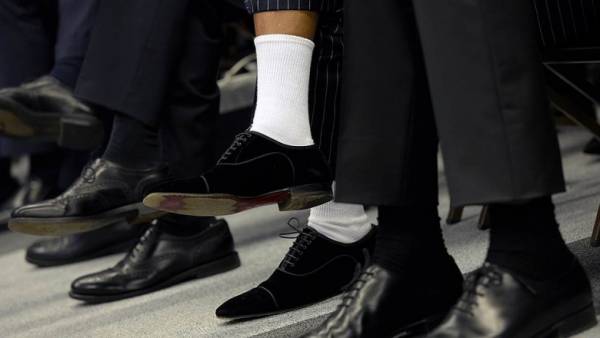 In the report of the Fund “the Petersburg policy” says that in Russia showed a tendency to promote the employment of close relatives of powerful political figures. Of the 80 people (children among them governors, heads of state corporations and officials of various departments) experts have identified 14 of the most successful. One of the reasons for the trends — “samepoint social mobility”, the report said. The choice in favor of the employment of children of officials in business structure is due to the lack of legislative restrictions that exist in the civil service, he said.

The Fund “Petersburg policy” noted that the rejuvenation of the administrative corps in 2018 has not occurred, and “the average age of the government has increased by four years in comparison with the composition of 2012 (from 47 years to 51 years)”. However, there was a question “about change of generations in the higher echelons,” says the report, noting that in addition to the established methods of staff changes in the permutations of 2018 raised the issue of “dynastic” criteria for the selection of personnel. Exemplary call assignment in may 2018 on a post of the Minister of agriculture Dmitry Patrushev, son of the Secretary of the Russian security Council Nikolai Patrushev, who was formerly Chairman of the Board of Rosselkhozbank. The second son of the head of the security Council, note, 2015 works as the Vice President of “Gazprom oil”. The agenda returned “another way of personnel changes — promotions relatively young officials, children or other close relatives of existing influential political figures”, the report said Fund.

One of the common causes of promoting family members “samepoint social mobility”.

The Fund cited “the most resonant examples of the careers of the relatives of powerful political figures” to include a list of 86 people, divided into different groups. Reached the “maximum career success” on 14 of them, experts say, including the President of ALROSA Sergey Ivanov (the son of the President’s special representative for environmental issues, transport and environment Sergei Ivanov), senior Vice President, development and business management “Rostelecom” Vladimir Kirienko (son of the first Deputy head of the presidential administration Sergei Kiriyenko), businessmen Yury Kovalchuk and Igor Rotenberg (sons of entrepreneurs, friends of President Vladimir Putin). The son of the head of the Roscosmos Alexey Rogozin in 2017 became the Vice-President of the United aircraft Corporation’s transport aircraft and head of the transport division of the Corporation. Entered the rating and the children of the heads of Russian state companies.

For example, “the average career success,” has the son of the head of “Rosneft” Ivan Sechin, who holds the post of first Deputy Director of the shelf projects of “Rosneft”.

The Fund’s experts believe that in the scenario “involving the “heirs” as a variant of soft (in the eyes of the older generation) rejuvenation of elites and even transit authorities” has costs and risks. Among them — a negative experience of first appointment to head FTS, and later defense Minister Anatoly Serdyukov, son-in-law of ex-Premier Viktor Zubkov. In addition, such assignments may be unpopular among the population, “in whose eyes is confirmed the stereotype of the estates of society and the presence of “aristocracy””. That is, it requires “the abandonment of the policy of the external conformity of Russian political institutions typical notions of democracy,” experts say. By the heirs of the will at the same time to demonstrate managerial viability “and at the same time not to frighten the “elders” excessive subjectivity”. However, the “establishment can not ignore the need for renewal of the elites and the change of generations,” the report said.

“When people in power begin to stay too long, the elites logically seek to consolidate its achievements and careers of children”, — told “Kommersant” Director of the Center for technology of public administration of the Ranepa Vladimir Yuzhakov. In his opinion, the employment of children of officials mainly in the business can be explained by the fact that in this area there are no such restrictions, which, for example, imposes a law on civil service.