Money Colonel Zakharchenko did not reach the budget

I suspect in the theft of bankers and law enforcement officers. 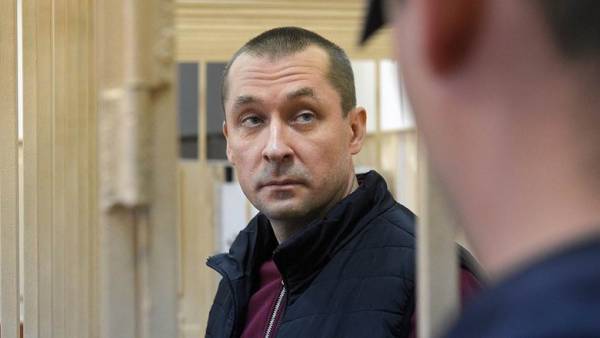 Yesterday it became known that the Investigative Committee of Russia (TFR) conducts a preliminary examination on the fact of theft of money seized from Colonel Guebipk Dmitry Zakharchenko. According to the decision of Nikulinskiy district court, satisfied the claim of the Prosecutor General, the Federal Treasury had to RUB 374 million, $140 million and €2 million, however, after the start of enforcement proceedings it became clear that missing confiscated in rubles and foreign currency for the sum about 120 million roubles In the theft suspect the bankers, the police and the investigators themselves. According to the Kommersant’s sources in law enforcement, unaccounted money and conversion turned into the income of state assets of the former Sakhalin Governor Alexander Horoshavin.

Pre-investigation check is conducted by senior investigator for particularly important cases under the Chairman of the TFR Konstantin Krivorotov, previously trained in the case of the attack on Board the Russian plane to Egypt and the shootout on Rochdelskaya street in Moscow. According to “Kommersant”, the proceedings started after the bailiffs opened enforcement proceedings on the forfeiture to the state of assets of Colonel Zakharchenko, his family members and numerous friends. In accordance with the decision of Nikulinskiy district court, “zeilenga” the Moscow city court, officers had to transfer to the Federal Treasury Department for Moscow RUB 374 million, $140 million and €2 million to Gokhran — 500-gram gold bar and capital management of the Federal property Agency — 27 of expensive real estate — apartments and Parking lots, as well as two cars. The court’s decision is the basis for making changes in the record about the state registration of ownership rights to the aforementioned immovable property in the Unified state register of real estate.

However, in terms of assets, it became clear that missing a large sum of cash. According to sources, “b”, lost about 120 million rubles, withdrawn from the apartment, recorded on a sister of Colonel Irina Razgonova and turned into a Bank vault.

The money received as a result of the searches, initially sent to the building of the main investigation Department (GSU) of the TFR in Moscow on Novy Arbat, where they guarded were in the auditorium. Then after conversion and compilation of accompanying documents they were kept in a special store, and then 44 in the sealed boxes sent to the cash-collection centre “Volgograd” savings. There is money from April 27 to may 2 this year again counted before send to Treasury. The investigator Krivorotov, according to the document available to the “y” requests the management of the credit institution to transfer the TFR information to all employees participating in the recalculation, and to ensure their appearance in investigative bodies for the interviews in the framework of the audit.

In the Sberbank declined to comment, recommending that all questions refer to the investigation. In this scandal also did not comment. Similar surveys, according to “Kommersant”, must pass the investigators and the FSB officers involved in the searches and seizures in the case of Colonel Zakharchenko, as well as the police guarding the money in GSU SKR and brought them to the store, and employees last. According to some, after the polls they can check on a polygraph.

One of the participants of the proceedings on the request to tell where he could get the seized funds, he answered: “Maybe the rats ate it”, hinting at a possible involvement in the theft of law enforcement officers.

The lawyer of Colonel Zakharchenko (yesterday the Moscow city court left under arrest until August 8), Alexander Gorbatenko told “Kommersant” that they had heard about the missing money, but the protection of informed of the incident the law enforcement agencies did not put. The lawyer noted that, according to the defense, the confiscated assets belonged to the accused Zakharchenko.

Sources “” in law enforcement bodies argue that before applying to the income of the state is not reached and a portion of cash seized from ex-Governor of the Sakhalin region Alexander Khoroshavin, who received bribes over 13 years of imprisonment and a fine of 500 million rubles. Earlier it was reported that he had discovered 280 million rubles, $6 million, €727 thousand 388 thousand Swiss francs and £217 million, However, were conducted about this investigation or not is unknown.