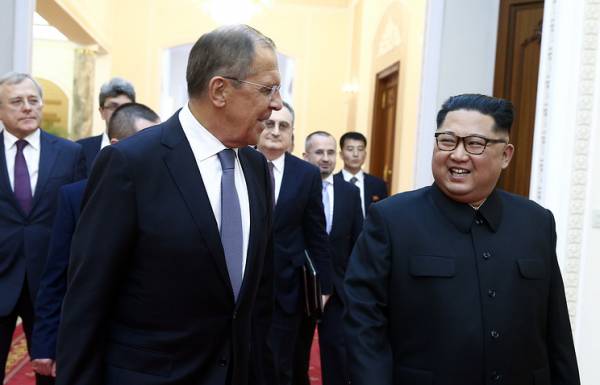 PYONGYANG, may 31. /TASS/. The Minister of foreign Affairs of the Russian Federation Sergey Lavrov at the meeting with the DPRK leader Kim Jong-UN gave him success in resolving issues on the Korean Peninsula from the President of Russia Vladimir Putin and has invited the head of the DPRK to visit Russia. The video of the meeting posted on Thursday on the channel, the Russian foreign Ministry in YouTube.