Governor of the Altai territory resigned

Moscow. May 30. INTERFAX.RU — the Governor of the Altai territory Alexander Karlin announced his resignation from the post of head of the region, the correspondent of Agency “Interfax” from the meeting of the regional government on Wednesday. 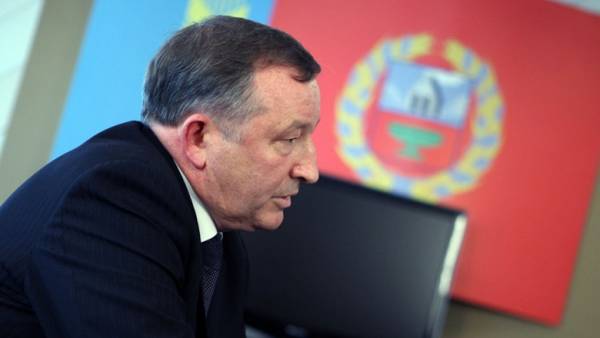 “Yesterday I filed a letter of resignation. In a situation job rotation, I deemed it proper to address the President such a statement. The decision can be made before the end of the day. I would like to Express my appreciation to the President for the confidence reposed in me in 2005 and 2009,” said Carlin.

He was appointed to the post of Governor of the Altai region in August 2005 after the tragic death of the head of region — people’s artist of Russia Mikhail Evdokimov. In July 2009, Carlene was endowed with the powers of the head of the region for another five years. In the elections of 14 September 2014 was elected head of the region for five years, supported 72,97% of the voters. Thus, his term of office was due to expire in 2019.

Carlene was born on 29 Oct 1951 in Medvedka village Tomaszewska district of the Altai territory. He graduated from the Sverdlovsk law Institute in 1972. Candidate of legal Sciences, Professor.