Moscow. May 31. INTERFAX.RU — Syria because of Russia escaped a massive attack by the Western countries after the alleged use of chemical weapons by Damascus in Eastern ghouta, said the country’s President Bashar al-Assad. 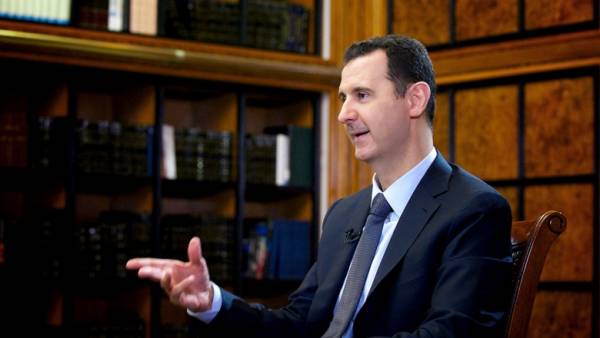 “We believe there are two points. First, they told this story, the lies, and the public around the world and in the West did not believe them. But there was nowhere to retreat. Had to do something, though not as large,” he said in an interview with RT.

“Secondly, this was due to the position of Moscow. As you know, then the Russians openly said that they are ready to destroy the launch points of the missiles. According to our information (the evidence we have, there is only information but true) — they (Western countries – if) considered the option of applying an integrated impact on the whole territory of Syria. And this threat has forced the West to accept a much more modest measures,” — said Assad.

The President stressed that the Syrian authorities have chemical weapons. “In any case, no chemical weapons, and we would not have to use it against their own people,” he said.

“Let’s say that you possess such weapons and want to use it. When to do it? At the end of the battle? Or to him? Or during? That is illogical,” — said the President of Syria.