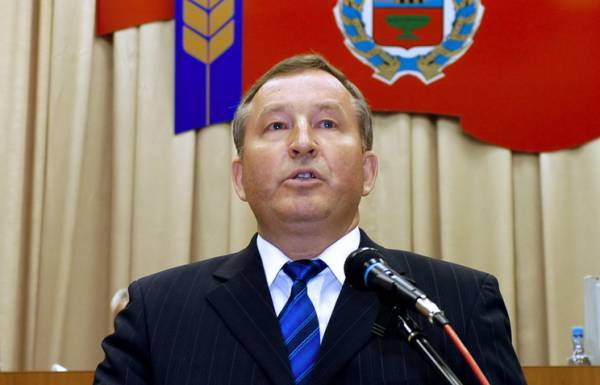 Alexander Karlin is a native of the Altai territory, has long worked in the Prosecutor’s office of the region. In 2000, he became Deputy Minister of justice of the Russian Federation, then worked in presidential administration of the Russian Federation — head of the Directorate of state service. From there, Karlin and moved to the position of Governor of the Altai territory. Its predecessor was the actor Mikhail Evdokimov, confidently won the gubernatorial election in 2004 and after a year died in a car accident.

Karlin experts call a competent Manager who did a lot in terms of the development of agriculture and tourism. When in the region has increased livestock numbers, was created and developed resorts and Altaic program of improvement of the village has become a model for similar Federal. At the same time, Carlin has not solved many social problems and not made to improve the standard of living of the population.

The rural economy and rural environment

Agrarian Altai territory is the granary of Siberia, with the largest arable land in the country is 6.5 million hectares. According to the government of the region, more than ten years in the development of agriculture here has invested more than 50 billion rubles from the Federal and regional budgets. For comparison: in the previous decade, according to the regional authorities for these purposes amounted to about one billion rubles.