The U.S. will impose a duty on Chinese goods by $50 billion

USA decided to impose 25% import duty on Chinese goods worth $50 billion just a week after the statements of the parties about the pause in the trade war. This follows from today’s statement from the White house, writes Reuters. 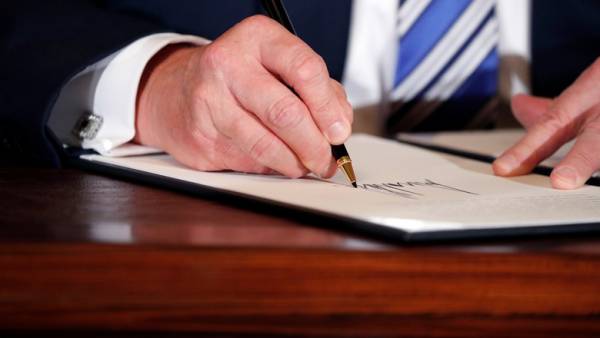 List of goods subject to the new duties, will be published before 15 June. In addition, the United States will continue litigation with China in the WTO and declare the limitations of investment and “tightened export control” in relation to Chinese companies and individuals, “related to the acquisition of key industrial technologies”.

Last week, Treasury Secretary Steven Mnuchin said that the United States withdraw its threat to impose import duties on deliveries of goods from China worth $150 billion. In turn, China will not introduce duties on the $50 billion that he promised to take in response to Washington’s actions. “Both sides have agreed to suspend the imposition of duties”, — said Mnuchin in an interview with CNBC, presenting it as the official position of Washington.