The Israeli air force attacked 25 targets in the Gaza strip

MOSCOW, may 30 — RIA Novosti. The Israeli air force attacked 25 targets in Gaza in response to new attacks by Palestinian militants, according to a statement by the army press service, published on the website. 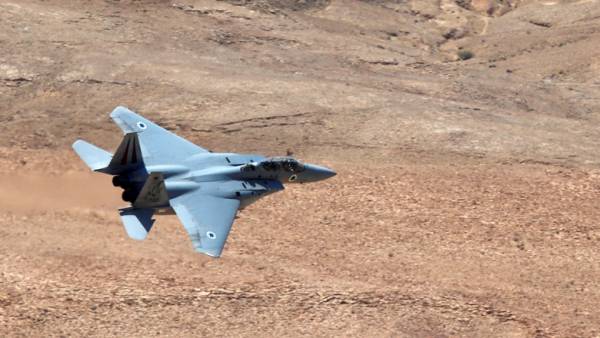 “The IDF (Israel defense forces) tonight using combat aircraft, helicopters and aircraft struck about 25 strikes against targets of the terrorist group Hamas in the Gaza strip,” the statement reads.

In a press-service have specified that it is “about a new wave of strikes.”

This is the second day of a series of Israeli strikes on the enclave. The first aircraft attacked 35 facilities of Hamas and Islamic Jihad, whose militants have claimed responsibility for attacks on Israel. The army estimates, at 20.00 MSK from the Gaza strip were fired about 70 rockets and missiles, some of them were intercepted by units of missile defense “Iron dome”.

The biggest confrontation for the past four years, while without victims. On the Israeli side there are three wounded soldiers. The Palestinian health Ministry said that in its subordinate hospitals, “victims of aggression” was not brought.