Syria recognized the independence of South Ossetia and Abkhazia

Syria recognized the independence of the partially recognized republics of South Ossetia and Abkhazia. On may 29 told TASS. 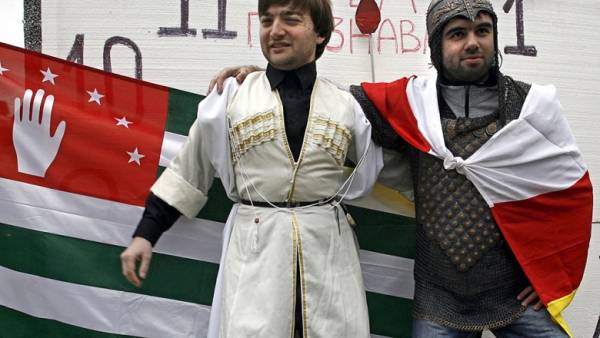 In a communiqué of the Ministry of foreign Affairs of South Ossetia stated that the partially recognized Republic and Syria agreed to establish diplomatic relations. On the website of the President of Abkhazia has reported that on may 29, Syria admitted it. This happened after a meeting of ambassadors of Abkhazia, Syria and South Ossetia, which was held in Russia on may 28.

The international Commission on investigation of circumstances of the conflict in his report wrote that the conflict was started by Georgia, but that Russia was “causing action”. Moscow calls Tbilisi as the aggressor in the war with South Ossetia. In turn, Georgia has accused Russia of war crimes during the 2008 conflict.

Besides Russia, the independence of the two republics recognized three members of the United Nations: Nicaragua, Venezuela and Nauru. Diplomatic relations with the republics established and unrecognized DNI, LC, Nagorno-Karabakh and Transnistria. Tbilisi considers Abkhazia and South Ossetia, which seceded after the war, the occupied territories.