Physicists were able to split water into the two different liquid

MOSCOW, may 29 — RIA Novosti. Scientists from Switzerland have implemented “impossible” — they managed to split water into the two different liquids, consisting of two types of water molecules whose properties differ markedly. A “recipe” for their production was published in the journal Nature Communications. 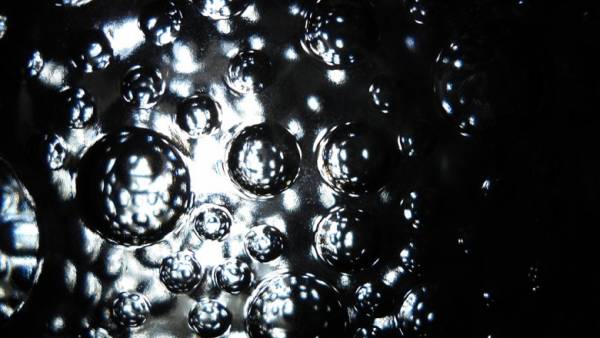 “We have shown that reactions involving steam-water are 25% faster than with ortho-water, which has to do with how the spin of the nucleus of hydrogen atoms affect the rotation of the whole molecule. This is very important, because without full control and understanding the behavior of molecules during reactions, we will not be able to reveal the mechanisms that control their swing,” said Stefan Willich (Stefan Willitsch) from the University of Basel (Switzerland).

Spatial structure and some physical properties of water molecules depend on the spin of hydrogen atoms. If the spin of both atoms are identical, such a molecule is called para-water, if they are the opposite of ortho-water. The exact differences between them are still unknown, but in 2002 scientists showed that ortho-water condenseries worse than steam-to-water.

The laws of quantum mechanics prohibit “direct” transformation of one form of water to another, so that in any glass of liquid should be present simultaneously isolated groups and para-and ortho-water. However, first experiments have shown that to separate them was impossible, as some interactions between water molecules, the nature of which is not yet clear, and sometimes force them to change the spin of hydrogen atoms.

Willich and his colleagues were first able to solve this “impossible” task, to cool the water to a temperature close to absolute zero, and forcing the molecules of para – and ortho-water self to split into two camps, not in contact with each other.

This they achieved by turning the water into a kind of “couples” are extremely dilute mixture of water molecules and argon atoms, not zastavoy even at very low temperatures. When scientists have prepared a sufficient amount of this substance, they passed it through a powerful generator of electrostatic fields. It is divided into two narrow stream of molecules, one of which contained only a couple of water, and the second — only ortho-water.

These flows are “crashed” into another cloud of gas, consisting of ions of calcium and diastole, fragile bonds of two atoms of nitrogen and one atom of hydrogen. Desenli actively react with water even at very low temperatures, giving it the “extra” hydrogen, so he became one of the first “interstellar” chemical compounds opened by astronomers in space in the last 50 years.

Firing is the cloud and streams of water with ultraviolet rays, the scientists were able to see how both forms of moisture interact with diazelam and reveal several interesting properties of para – and ortho-water. For example, it was found that steam-to-water much faster and actively engaged in the reaction with molecules N2H, it shows the important differences in their behavior and in other chemical interactions.