Media: Russia will supply India With 400 to six billion dollars

MOSCOW, may 30 — RIA Novosti. India and Russia concluded negotiations on the price of Russian s-400 “Triumph”, writes the Indian newspaper the Economic Times, citing a source in the air force. 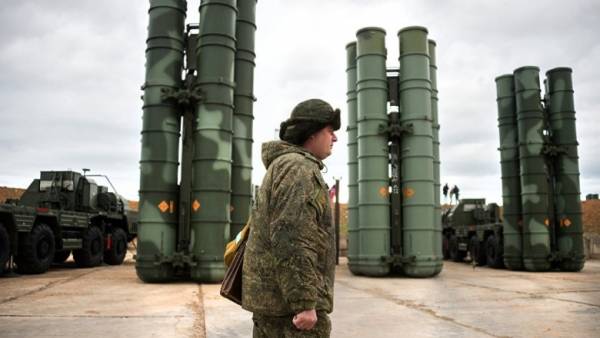 According to the newspaper, Russia will supply new Delhi complexes in the amount of 400 billion Indian rupees (of 5.93 billion). The article points out that now the parties are working on ways around the us sanctions, which Washington can be imposed on countries and companies cooperating with the Russian defense and intelligence agencies.

According to the source The Economic Times, officially concluding the deal could be announced before the meeting of Russian President Vladimir Putin and Indian Prime Minister Narendra modi in October.

Earlier, the head of Committee of the house of representatives of the US armed forces William Thornberry said that Washington is disappointed by the decision of India to buy Russian s-400 “Triumph”, however, the introduction of sanctions against new Delhi at this stage is unlikely.

Today Russia and India are the largest partners in the sphere of military-technical cooperation: more than 70% of weapons, military equipment of the Indian army, air force, Navy, the Russian and Soviet production. Russia annually supplies to India of weapons and equipment worth billions of dollars.

In December 2017, Turkey and Russia signed a credit agreement on s-400. Ankara would buy the two batteries in SAM that will be covered by Turkish personnel. The parties also agreed on technological cooperation in development of production of anti-aircraft missile systems in Turkey.