MOSCOW, may 29 — RIA Novosti. The process of expansion of borders of Moscow have long run, in the short term, we may raise the question about the development of new territories in the southern direction, the head of the Duma Committee on Federal structure and local self-government Alexei Didenko (LDPR). 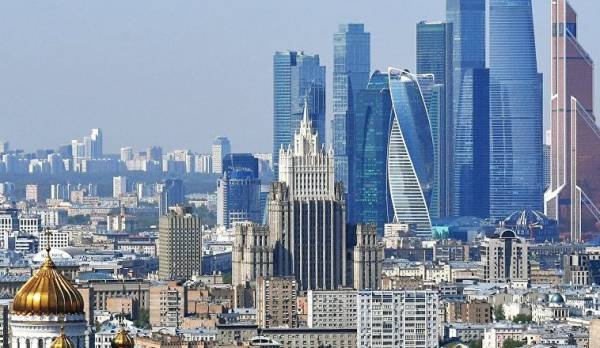 Politician and environmentalist Maxim Shingarkin said Tuesday RIA Novosti that he intends to nominate his candidacy in the elections of the mayor of Moscow and Governor of Moscow region. The main thesis of his campaign will be the proposal to merge the capital and its suburbs with the establishment of new administrative units in the territory of New Moscow.

Commenting on the idea Shingarkin, Didenko said that “the process is gradually being implemented”. “There is already a project “the Big Moscow”, the laws of the two regions was combined, a large number of territories, and this process is not yet complete, i.e. the layering of new territories, the so-called New Moscow”, — said the head of Committee of the state Duma, RIA Novosti reported.

“After its development, it may be in some nearest future the issue of development of new territories adjacent to the southern direction”, — said Didenko.