Groisman accused Russia of involvement in the murder Babchenko

MOSCOW, may 30 — RIA Novosti. Prime Minister of Ukraine Volodymyr Groysman has accused Russia of involvement in the murder of journalist Arkady Babchenko, Kyiv. 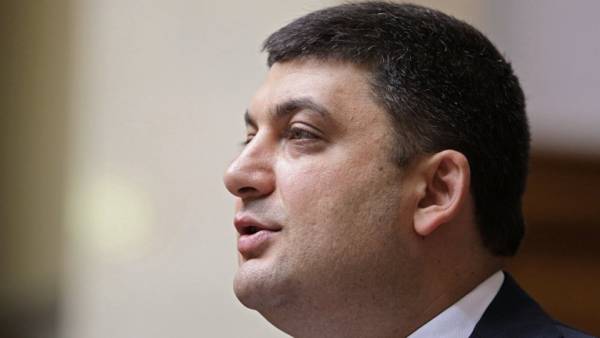 “I am convinced that the Russian totalitarian machine hasn’t forgiven him for honesty and integrity”, — Groysman wrote on his page in Facebook.

In addition, he called Babchenko “a true friend of Ukraine” and added that the journalist “to tell the world the truth about the Russian aggression.”

Earlier, foreign Minister of Ukraine Pavlo Klimkin also hinted at the involvement of Russia to the murder of Babchenko. Commenting on the incident, he said that Moscow is taking “different tactics for destabilization of Ukraine”.

Russian journalist Babchenko was killed with several shots in Kiev the evening of may 29. According to the interior Ministry of Ukraine, the journalist died in the ambulance.

Ukrainian police are investigating the case of intentional murder. This is considered several versions, including professional work of the victim. The investigative Committee of Russia opened a criminal case.

The Russian foreign Ministry, in turn, demanded that the Ukrainian authorities make every effort for the prompt investigation of the case. The Ministry said that the level of physical violence and murder against media workers in Ukraine is growing steadily.