Foreign fans would be let through the border in time for the 2018 world Cup.h. 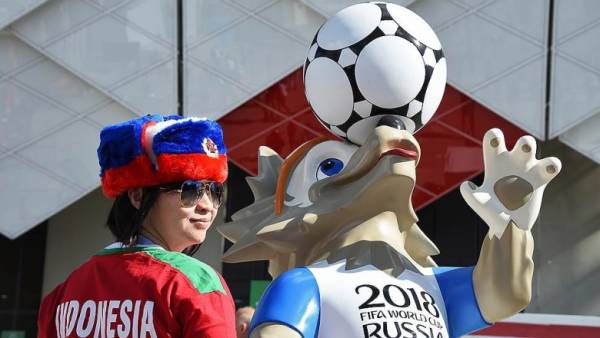 Today the Minister of foreign Affairs of Russia Sergey Lavrov concluded a two-day visit to Belarus. One of the key outcomes of the trip was the signing of the Minsk agreement, which temporarily makes possible the crossing of the Russian-Belarusian border foreign fans during the world Cup -2018. The same rules will be in effect during the European games in 2019. With details from Minsk — the correspondent of “Kommersant” Galina Dudina.

The foreign Ministers of Russia and Belarus Sergey Lavrov and Uladzimir Makei signed on Tuesday in Minsk agreement “On some issues related to the entry of foreign citizens and individuals without citizenship on the international sporting events.” According to this document in the period from 4 June to 25 July 2018 passport of fan will provide foreign citizens the right of visa-free entry to Russia, but the same visa-free entry to Belarus, as well as the right to cross the Russian-Belarusian border. As explained “Kommersant” in the Ministry of foreign Affairs of Belarus, the agreement will be ratified later, but temporarily come into force since the signing.