The American television network ABC (owned by The Walt Disney Company) announced the closing of the sitcom “Roseanne.” The reason was the statement of the Creator of the show Roseanna Barr, who compared the former Advisor and friend of Barack Obama with a monkey. 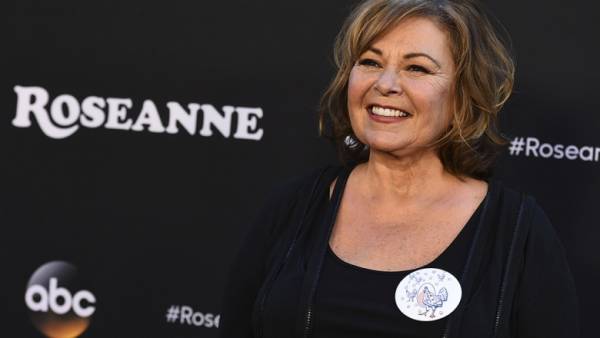 According to “Gazeta.ru”, this show was much loved by US President Donald trump. He was personally congratulated by the Barrel with the opening of the show and high ratings.

On his Twitter page Barr wrote unflattering comments about the former counselor of Obama’s African origin.

If the Islamist movement “Muslim brotherhood” and “planet of the apes was a child, it would be Jarrett.Roseanne Barr

Barr was immediately criticized, as her statement was considered racist.

I apologize to Valerie Jarrett and to all Americans. I am truly sorry for making a bad joke about her politics and her looks. I should have known better. Forgive me my joke was in bad taste.

I apologize to Valerie Jarrett and all Americans. I am very ashamed for what I unsuccessfully joked about its policy.

However, this series is not saved and soon the head of Disney Bob iger posted on Twitter the statement by President ABC Channing Dagi on closing the “Rosanna”.

“The statement of Roseanna Barr disgusting, ugly and incompatible with our values, and we therefore decided to close her show,” — said in the message.

“Rosanna” was the most successful sitcom in the last four years in the United States. Aired 10 seasons. The series has received numerous awards.

“Roseanna” tells the story of the Connor family — the representatives of the American working class. Housewife Rosanna gives all the power to maintain the family.