Many hundreds of items from the former “Tushinskaya” capital of Russia the events of the reign of the false Dmitry II. 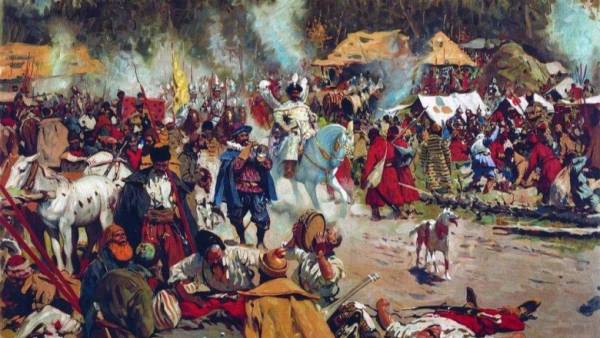 In 1606 in Moscow was executed by the impostor false Dmitry I, but in 1607 a new adventurous declared himself miraculously escaped the “king Dmitry” and began to raise an army to March on Moscow. In 1608, with the troops he approached the capital. But could not take it could, which strengthened near Tushino. There he spent two years, until the rift in the “Tushino thieves” — the poles wanted to join the army of the Polish king who went to war with Russia — not forced him to leave the Tushino camp.

In 1900 there began to build Vindavsky railway and railway engineer V. A. Politkovskaya began to give local farmers and workers employed on the construction of the road, the money for the finds of old things (it was known that there was a Tushino camp). So he was able to gather 835 items are still not subjected to systematic analysis.