After the launch of the pipeline “Nord stream — 2” Ukraine should conclude an agreement with Russia, which guarantees the continuation of gas transit through the territory of the Republic. This was stated by the permanent representative of Ukraine to the Council of Europe Dmitry Kuleba. 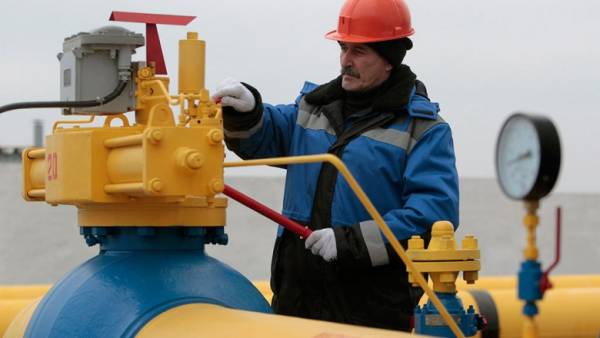 “If the project “Northern stream — 2″ are still being implemented, should be a legal guarantee. Not like the Budapest Memorandum, and specific inter-state agreement. And not bilateral, but trilateral — between Germany, Ukraine and Russia on the subject, for example, that the specific volumes of gas Russia under any circumstances transportere through the Ukrainian system,” he said in an interview to “RBC Ukraine”.

According to Kuleba, the supply of gas to Europe through the “Nord stream — 2” will lead to “enormous loss” for Ukraine, and Kiev will lose political leverage.

“Then there will be two cranes — one in Moscow, and the second will be in Berlin. All. Through the German economy, which itself grows and consumes gas, it will affect Eastern Europe,” the diplomat said.

The gas pipeline “Nord stream — 2” is based off the coast of Russia to Germany under the Baltic sea. The project involves the construction of two trains with an annual capacity of 55 billion cubic meters of gas per year.

Most European countries support the project. Acts against Ukraine, which, according to experts, afraid of losing the benefits from the transit of Russian gas through its territory, Poland and the Baltic countries. Also Express dissatisfaction with the United States, which intend to supply Europe with its LNG.

Russia has repeatedly said that the goal of construction is to ensure uninterrupted and reliable gas supplies to Europe, as Ukraine has previously violated the agreement on transit.

Despite this, Moscow is ready to keep some supplies through the Ukrainian territory under certain conditions.