Own security Department is dealing with the authors of the contract for the insurance of the police. 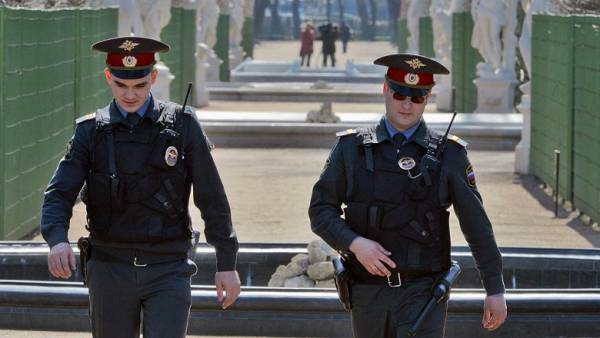 As it became known””, the main Directorate own safety (Goosby) MIA began checking the circumstances of the conclusion of the contract with the company “Central insurance company” (CSO), which is in 2018 insurer life and health 788 thousand employees of the Ministry. The amount of the contract amounted to more than 13.7 billion rubles, however, on may 28, the company had its license revoked. The loss of the Ministry of internal Affairs-cooperation with CSO can be about 250 million rubles. the situation is on control at the management office.

According to “Kommersant”, the basis for deprivation of the license of CSO was to identify a regulator of fact made by the management of the insurance company in the accounting documents knowingly false information. Note that the Central Bank is preparing just for this reason a statement to the police, but security forces have already begun check of circumstances of crash of the company. Thus, according to Kommersant’s source, carefully Goosby is going to check their colleagues who in one way or another were involved in the conclusion of this contract. At least many now the question arises, how CSO, miraculously not lost their license in 2016, managed to win the tender on insurance of employees of the interior Ministry in 2018-2019, beating out such venerable competitors like SK MAX, “SOGAZ and VTB Insurance”.

Apparently, in the first place Goosby expressed interest to staff of the Department of logistical and medical support of the Ministry of interior, whose competence includes the issues of insurance for employees. The curator of this division, according to “Kommersant”, the Deputy Minister Colonel-General Arkady Gostev. In turn, employees Guebipk plan to install and to interview owners and senior executives registered in Mytischi situated near Moscow the company.

Violations in the activities of the CSO related to the “performance of the insurance company of the plan of restoration of solvency”, the Central Bank was first identified in April 2016. Then the organization introduced a temporary administration. However, after six months, the regulator considered that it had fulfilled its task, and the SSC to work in normal mode. Moreover, 14 of December last year, the insurance company obtained a license for compulsory insurance of employees of the interior Ministry and the military, and a few days later got a lucrative contract with the police.