Kosachev said about the cancellation of his visa to the U.S.

Moscow. May 28. INTERFAX.RU — the United States after the inclusion into the sanctions list of the head of the Federation Council Committee on international Affairs Konstantin Kosachev has revoked his visa to attend UN events in the USA. 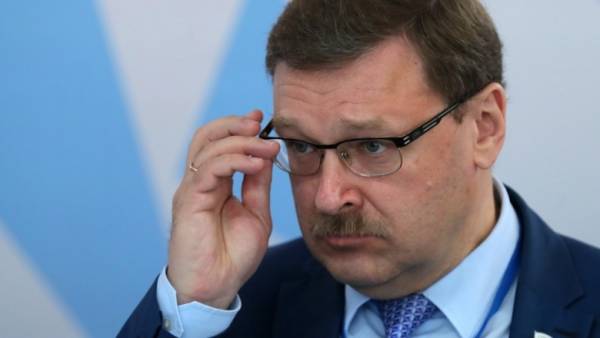 “After I was included in the sanctions lists of the USA in early April, two weeks later, the U.S. state Department annulled the ruling and had my passport the annual visa to attend UN events in the U.S.,” said Kosachev at the Committee meeting on Monday.

According to him, it was a specific American visa with the stamp of UN (United Nations).

“This visa was cancelled and did not allow me to participate in the UN General Assembly meeting on may 22, a week ago,” said the Senator.

On April 6, the structure of the U.S. Treasury, responsible for law enforcement in the area of sanctions (OFAC), published the “black list” of 38 people, including seven businessmen, 14 companies and 17 government officials. The sanctions hit and Kosachev.