Flight MH370: the search is over, but the mystery never solved

Four search aircraft flight MH370 of the Malaysian airlines flying in 2014 from Kuala Lumpur to Beijing, completed, despite the fact that the mystery of this tragedy never solved. Due to the bad weather ended the search for a private company started in January of this year. 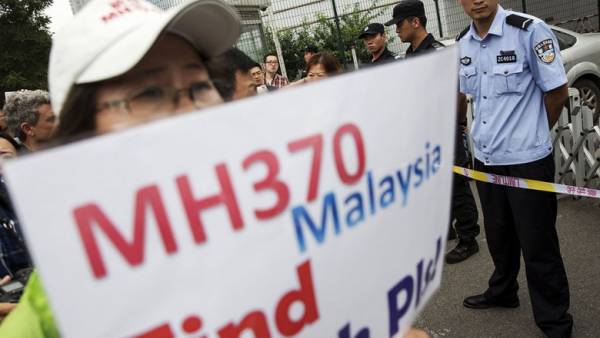 “With a heavy heart to report that we finished the quest without reaching the goal,” — said the head of the Ocean of Infinity, the contract with which has concluded the Malaysian authorities.

“We sincerely hope that we will be able again to offer their services in the search for MH370 in the future,” he added. However, Malaysian authorities apparently refused further searches.

Initially, the American company Ocean Infinity was given 90 days to find, but the contract extended several times.

She used the deep-water ship with multiple radars to survey the area of 112 square kilometers. This is more than four times the area, which experts have called the most likely crash site. The conditions were such that in case of failure, Ocean Infinity will not get the money, and if the crash site will be, she will pay from 20 to 70 million dollars, depending on the surveyed area.

While the official search for Australian authorities surveyed was 120 square kilometers, which cost $ 150 million.

The analysis found the wreckage of the experts identified the most likely area of the crash is 25 thousand square kilometers to the North of the zone of initial searches.

Malaysian authorities report that the new searches of the liner is not planned. The new transport Minister, Anthony Louk said he intends to opt out of further searches.

As the newly elected Prime Minister of Malaysia Mahathir Mohamad said that it was necessary to perform the imperative to find and stop them if it’s useless.

Grace Nathan, whose mother was on flight MH370, told the British newspaper the Guardian that authorities had violated his campaign promises and did not explain the reasons for the termination of the search.

Another relative of the deceased said that Louk “just closes the case without resolving it, because someone’s tired.”

Officially the search for the Malaysia, China and Australia ended last year, since attempts to find the plane were taken by relatives of the victims.

The plane disappeared from radars on 8 March 2014 on Board were 239 people. Presumably he made a sharp turn and flew South towards the Indian ocean, where it then crashed.

8 March 2014: Flight MH370 flying to Beijing. In less than an hour after takeoff with the aircraft lost contact without any distress. The search focused on the South China sea.

March 15, 2015: it Turns out that the plane suddenly turned to the South, the search moved to the Indian ocean.

July 2015: Several large fragments found on the shore of reunion island in the Indian ocean, East of Madagascar.

January 2017: the government of Australia, Malaysia and China state to wind up formal searches, as the alleged crash site turned up nothing.

January 2018: In the face of pressure from relatives of Malaysia signed with a private company Infinity Ocean agreement on the resumption of the search. The company agrees to work for free until you find the wreckage, but with a possible reward up to $ 70 million.

May 2018: the Worsening weather made it impossible for the search, and they are finished. Malaysia is not going to resume them.

The answer to this question is no. To answer it would only found the wreckage. Yet they were too few to make any conclusions. It is not even clear, he fell under the control of the pilot, or he lost control of the ship.

One of the most widely discussed theories is that the pilot deliberately crashed the plane. This, however, refute the Australian investigators of the disaster, claiming that he was unconscious in the last minutes of the disaster.

Technical failure is another possible cause. There are no official explanations continue to circulate conspiracy theories.

Anthony Louk announced that it will be given a full report about the disappearance of the aircraft, but the exact date is not called.

Australia, Malaysia and China agreed that the official search will resume only if all three countries will be credible evidence of the location of the liner.

And although the current Malaysian authorities refuse further searches, the leader of the opposition Anwar Ibrahim, which is tipped for Prime Minister, told the Australian newspaper that the need to “dig further”.