Fighting prototype. The weapon, created in a single copy

Not all promising weapons could pass the state tests and “grow” to serial production. 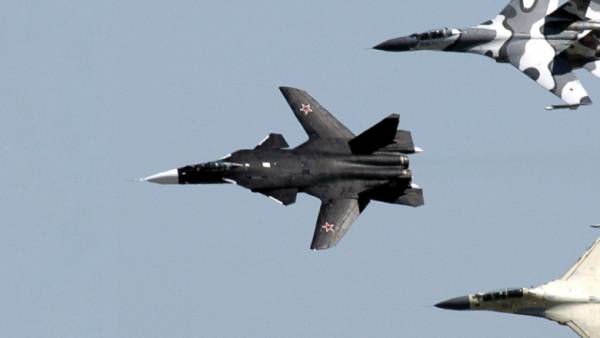 MOSCOW, may 27 — RIA Novosti, Andrei Kots. On a single tank or plane that went to the troops, have dozens of all kinds of prototypes and full-size models with the fate of Museum exhibits or laboratory benches. But many have not implemented projects laid the Foundation for scientific and technological breakthroughs in the future. RIA Novosti says the five prototypes of the domestic arms constructed in a single copy.

The speed record of the Soviet nuclear submarine K-162 project 661 “ANCHAR”, which came into operation in 1969, is still not beaten: in a submerged position it is accelerated to 44 knots (82 km / h). This atomic “Sprinter” predicted the career of “the killer of aircraft carriers” — he can quickly close with the enemy, to hit with torpedoes or cruise missiles P-70 “Amethyst” with impunity and escape prosecution. But I paid for the speed was extraordinary noise, which deprived K-162 main weapon of the submarine — stealth.

In addition, the submarine was fabulously expensive, because its housing is made of titanium. Ultimately, the Navy refused “Ancharov”. The only boat project still served the fleet for nearly 20 years, after which it was disposed of. But the experience proved useful in the design of other nuclear submarines with cruise missiles, particularly submarine project 670 “Scat”.

During the cold war, the command of the Armed forces of the USSR were actively looking for an effective way to deal with American carriers. One of the most unusual decisions and strike the winged-missile “LUN”, a kind of hybrid of ship and aircraft. American analysts because of its impressive appearance and combat characteristics have dubbed it the “Caspian sea monster”. The machine had an expressive silhouette and prominent size — 75 metres in length and 20 meters in height, developed over the sea speeds of up to 500 kilometers per hour. The prototype was launched on the 16 July 1986.

“LUN” was going to target at extremely low altitude, and a regular ship air defenses are simply not “seen”. The ekranoplan was able to sneak up to the order of carrier strike groups at close quarters and to give a salvo from six launchers supersonic anti-ship missiles “Mosquito”.

Each of them was equipped with a 300-pound warhead and was close to the target at altitudes of seven to 20 metres. Even half of the ammo wig was enough to destroy an aircraft carrier. However, the agonizing Soviet Union was no money for such weapons. The legendary “LUN” and remained in a single copy. It was decommissioned and mothballed.